Professor’s punctuality is paramount to academic success. The professor needs to be present to empower the students to grow academically. By avoiding lateness in class, the professor can avoid losing students who decide to follow the 15-minute rule and leave the class.

Being late to class equates to missing instructional moments just like absenteeism. For that reason, institutions developed policies that regulate such matters.

Without imposing any sort of consequences on tardiness, the students may miss substantial class time.

Tardiness is a plague that can lead to classroom disruptions and low academic performance. Habitual lateness is a routine that could prevent students from reaching their milestones.

What Causes Professor Lateness in Class?

Several reasons may lead to a professor coming late to a class. We listed them as follows:

Some professors suffer from this syndrome where they plan without factoring in possible delays. More so, they fail to consider previous experiences on how to overcome such challenges. Furthermore, such people make unrealistic underestimates which only suit their need and wants.

Professor is human too and some can also face natural calamities like traffic jams. Such incidences are normal while commuting and therefore could be the possible reason why your tutor may arrive late occasionally.

Such professors may overestimate how much they are likely to save by speeding up the tasks. For instance, when he/she believe she can end a lesson within a short period, one may tend to overestimate it while becoming a victim of lateness.

Some professors hold themselves high when handling their matters. It could also a demonstration of their independence. They imagine being superior as they believe someone is waiting for them.

Some may opt to use lateness as a way of protest. They want to use it to cause the thing to happen in a particular manner. Conclusively, they use lateness to prove a matter that needs the attention of others.

It could be that your regular professor is not present and someone is standing in the gap. Such a guest professor could be locking for a packing, lost, stuck in traffic or handling unexpected issues. Students should be patient to wait for such a professor to arrive.

What to do if the Professor is Late to Class

Each university has its rules on how long a student should wait for a professor. The most common is fifteen minutes although there could be variations of policies in different institutions. Generally, it depends on the campus culture or your attitude as a student.

Some professors are ever punctual and in the event that the same person gets late, you should consider such tardiness as unusual.

By considering his punctuality pattern, you can opt to stay for a while before deciding to leave. Also, be patient and do not get late too. Professor lateness is cited as one of the causes of student lateness in class due to the example set by him or her as the senior.

You can factor in the type of event that is ahead of you. It could be the first day in class and you want to create a good impression. Or else, there could be an important exam or an assignment on the same day. It could be a wrong idea to leave in such a circumstance.

The 15-Minute Lateness rule in School

A 15-minute rule is a policy adopted by several universities and colleges institutions across the US because all students are adults.

Before you join any institution, you should access the handbook to see if such a rule applies in that particular institution.

15-minute rule states that a student should leave the class once the professor is late by fifteen minutes.

Institutions allowed students to leave after such an amount of time to avoid time-wasting.

This rule does not apply to primary and high school students since the programs may not allow them to leave school during this period.

Should a teacher be late or absent after fifteen minutes, then the class should report the matter to the principal.

Another teacher should take over the class or dismiss it officially. When the absent teachers is sick or call in late, a substitute teacher should be at stand-by to step in the gap.

Can you leave if your professor is late 15 minutes or more?

You must be rational when applying the 15-minute rules to your classwork. Some policies say that a student should exit a class after the professor is absent after fifteen minutes without penalty.

However, my advice is for the student to hold back unless the professor informed the students of the cancellation of the class.

Why wait? Some class may fail if subjected to a number of absences. Some institutions calculate 5% of your final grade from the number of lectures you attended. It could be reasonable to attend as many lectures as possible to indicate that you are putting in much effort.

Alternatively, we would suggest that you wait for more than ten minutes to justify an ordinary minor delay.

You can now call the department and inform them of the professor’s lateness and ask for their advice. Such actions could be a way of extending leniency.

A professor is still human and can also lose track of time. About that, a student should engage the professor via a phone call and inquire if he is coming or not.

Should he confirm of attending the same lesson however late, you should wait and at least pick the highlights of the day. Still, we advise a student not to exit the class immediately after the fifteen minutes elapse.

Advice: Why you should not leave the Class

Firstly, there could be a major class event ahead such as a group discussion which you are performing that day. Such could happen whether the professor is around or not.

On the other hand, the habit of a professor could trigger your leaving action. It could be that the professor is always coming to the class while late. You can apply that rule and leave to send a strong statement of his unbecoming behavior.

Also, you can leave the class if you might not be feeling well at that time. On some occasions, while attending a class, the professor may fail to turn up on time. For that reason, you should take advantage of such circumstances and seek medical attention.

Last but not least, you can leave the class if there is nothing left to do for that day. You can opt to go to the library to search for more materials in areas you believe you require more time to have a grip on them.

Professor Lateness in Class in the US

Several institutions in the US have policies on lateness. Most of them implement a 15-minute rule to enforce punctually among the professors. A professor is worker who should stick to the code of conduct.

Being late for class as a routine means that the same individual is violating the terms of employment. Several institutions imposed penalties on the professors who are ever late in class.

A responsible professor should inform the class in advance of lateness or cancellation of the class. Still, the same professor may arrange for a make-up class to compensate for the lost lesson to ensure that the class is within the schedule.

Precisely, 70 % of the US universities apply a 15-minute rule. The rest allow the students to exit the class after the professor fails to attend within a third of the lesson’s time.

Different universities in the US have policies that deal with lateness among the students and professors.

The University of Alabama has a policy that stipulates that if the professor is 15 minutes or more late, a student can exit the class without a penalty. This rule acts to make the professor accountable for any time lost during the lesson.

The 15-minute rule applies in this institution fully. A professor should notify the class of his lateness and absence to reschedule it. Students can report such a tutor if it happens as a trend.

The University of Florida gives an allowance for students to wait for their professor for a third of the lesson time. For instance, if the lesson would take 90 minutes, then the students could wait up to thirty minutes or so.

Failure to notify the student while waiting will prompt them to leave the class without facing any serious penalty on their works.

It is a renowned university that has clear policies on handling lateness. If a professor is guilty of habitual lateness, he can face a reprimand or dismissal as the disciplinary committee may decide.

How to report a teacher who is always Late

You can decide as a class to write a formal letter to this professor who is ever coming late to class. Let the class representative take the letter to him or her and request a response.

The professor could be having some valid reasons that could be causing such an anomaly. You can invite the same professor to be giving directions when such matters arise.

2. Report to the Head of Department

It is reasonable to follow the right channel while trying to resolve an issue per the institution’s policies. Be sure to follow the guidelines of reporting a professor to seniors or faculty departments.

You can formally lodge a complaint to the head of the department who can call the party and make a proper decision over that.

Learn more about it 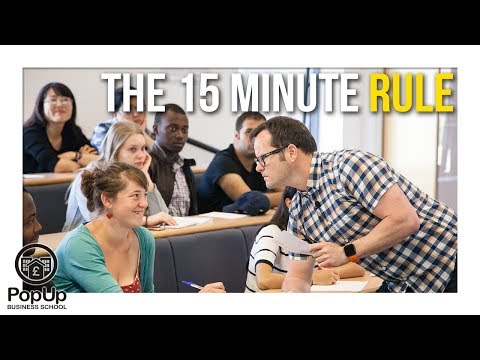